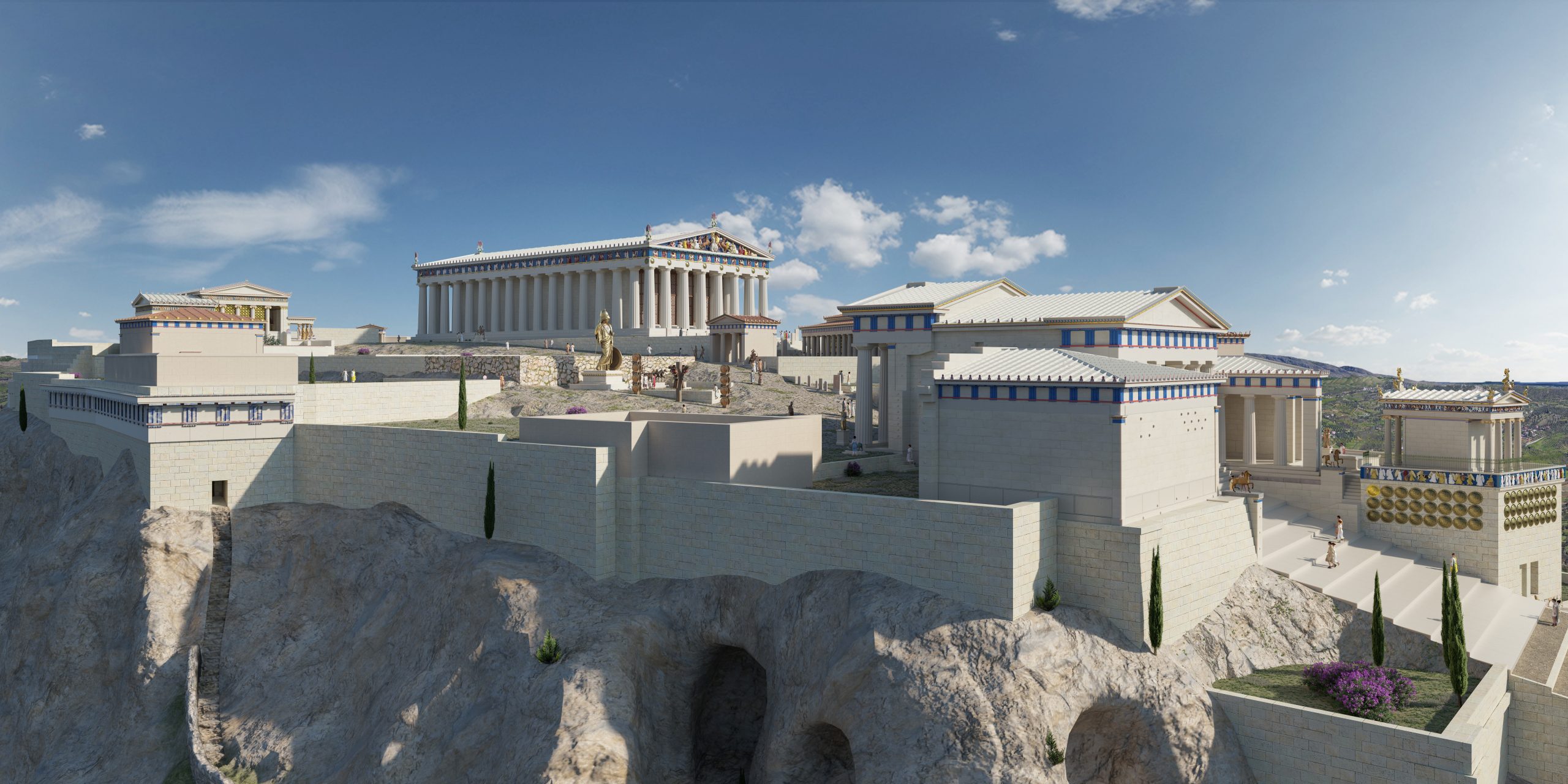 Developed with leading scholars, Yorescape tours employ strategies including 3D mapping and digital restoration to take users from their homes or schools across space and back in time. Many tours incorporate a “time warp” feature that transforms views of the present-day site into stunningly detailed, highly accurate reconstructions of the same view in antiquity, hundreds or even thousands of years ago. A free-roam capability permits users to wander at will through sites, individually or using a group tour option that is ideal for classrooms and online education, enabling multiple users to travel together virtually. Responsive audio guides provide expert in-depth analysis and commentary in English and closed captioning in major languages, including Arabic, Chinese, French, German, and Spanish.

Bernard Frischer said, “Yorescape is the culmination of more than thirty years of collaborative international work in using digital tools to research cultural history and bring it to life. By making these virtual tours widely accessible, we hope to make it easy and enjoyable for people to learn about the ancient world and cultural heritage. Teachers can use Yorescape to take their students on virtual field trips to the cultures they are studying. Armchair travelers can explore great heritage sites on Yorescape without having to leave home. Yorescape can help travelers to prepare for a trip, get more out of a trip by using it on site, and keep their memories alive once they return home. Our goal is not to replace real-world tourism but to enhance it.”

Rick Steves, host of Rick Steves’ Europe on PBS, said, “I’m so thankful, as we produced our new public television art series, for Yorescape by Flyover Zone (a great app for virtual tourism). Thanks to their impressive animation, we were able to take our viewers back 2000 years for a vivid glide over a virtual ancient Rome. Yorescape can help travelers enjoy such a virtual experience to cultural heritage sites around the world.”

Among the scientific advisors who collaborated on the tours released at the launch are:

The commentary for Egypt Reborn: Tomb of Ramesses VI is based on the work of the late Dr. Alexandre Piankoff, author of the most detailed monograph on the monument, through the cooperation of Princeton University Press.

Day-to-day activities of Flyover Zone are overseen by CEO Nathanael Tavares. He received his B.S. in Computer Science at Indiana University and is currently a student in the Executive MBA at Indiana’s Kelley School of Business.

An innovator in the use of computer technology to understand the ancient world and bring it to life, Bernard Frischer founded Flyover Zone in 2016 to take innovations in digital archaeology and virtual tourism beyond the university to the international public.

Educated in Classics at Wesleyan University and the University of Heidelberg, from which he received his Ph.D., Dr. Frischer was on faculty at UCLA from 1976 to 2004, during which time he served as Chair of the Classics Department and Director of the UCLA Humanities Computing Facility. In 1998 he founded the UCLA Cultural Virtual Reality Lab, which he directed until 2004. He subsequently was a professor of Art History and Classics at the University of Virginia (2004-13), where he founded the Virtual World Heritage Laboratory. In 2013, he was recruited by Indiana University to start a new doctoral program in Virtual Heritage, the only such program in the United States.  He relocated his lab to Indiana, where he continues to direct it. The Virtual World Heritage Laboratory is known for its Uffizi-Indiana 3D Digitization Project, through which several hundred ancient sculptures in the Uffizi Gallery in Florence have been digitized and made freely available online.

A Trustee from 2009 to 2012 of the American Academy in Rome, where he has been both a Fellow (1974-76) and a Resident (1996), Dr. Frischer is the recipient of the Pioneer Lifetime Achievement Award of the International Society for Virtual Systems and Multimedia (2005) and the Tartessus Lifetime Achievement Prize of the Spanish Society of Virtual Archaeology (2009).